The video monitoring activity at the fish passages allowed to collect thousand of hours of footage until now. In the Ticino River, at Panperduto and Porto della Torre the Barbus plebejus is the most observed fish. In Tresa River at Creva fish passage the Chondrostoma soetta was filmed after a long period of absence.

The sustainable development allows to comply with the actual generation needs without compromise the possibility of the future generation to comply with their ones. It allows the development using the available resources in a responsible way and makes everyboby aware of each own actions regarding the future generations. It is composed by 3 parts: the economical sustainability, the ability of an economic system to increase and maintain over the years; the environment sustainability, the responsible use of the resources; the social sustainability, the assurement of prosperity to everybody that means equal culture, education, healt, etc.

Sustainability is the Sharesalmo key word. Our project focus on native salmonids long-term conservation, through different activities; it sudies the target species to better protect and manage them; the presence of the native species and well conserved ecosystem promotes tourism and fishing, that keep the local economy working; it keeps memory of local fishing techiniques, as valsesiana; it is embodied in fishing meetings and tales.

How to be a sustainable fisherman? Avoid the surplus of fish, withdraw only the quantity you can eat; touch gently the hooked fish; use hook without barb or artificial baits with single hook to cause the least damage to the fish; use compostable artificial baits; don’t abandon wastes (lines and baits included); respect fishing rules.

Among fishing rules, there is a permanent ban on fishing of some species. This rule is applied to very endangered species in order to conserve them. For example, in Switzerland the trout fishing is forbidden in Ticino, while the grayling fishing is forbidden in the lake. In other cases, for species in decline or endangered there are dedicated rules particularly restrictive, as for the grayling in Sesia River.

Lead is a heavy metal used in fishing, but if it is released in the environment, it can be eaten or, in a dusted state, it can be bioaccumulated in living beings causing damages and death. Its release can be accidental: it may happen when the sinkers box overturns or when losing the line with the sinkers. For these reasons it is suggested to prefer other materials instead of lead, such as stones.

News from Ceresio Lake: the hydrophones for the telemetry activity have been placed, trout have been marked and released. Some of these fishes are being supervised since some days using a portable hydrophone. These studies will allow us to take info about fish migration to better manage the species.

In the link, you can find a research from Perugia University and Umbria Region about the Mediterranean trout.

Sharesalmo includes also theoretical and practical lessons for primary and secondary schools of the project area. In this way students can discover river and lake ecosystems, their biodiversity, fish and project activities. Lessons are supported by an educational kit made especially for the project. 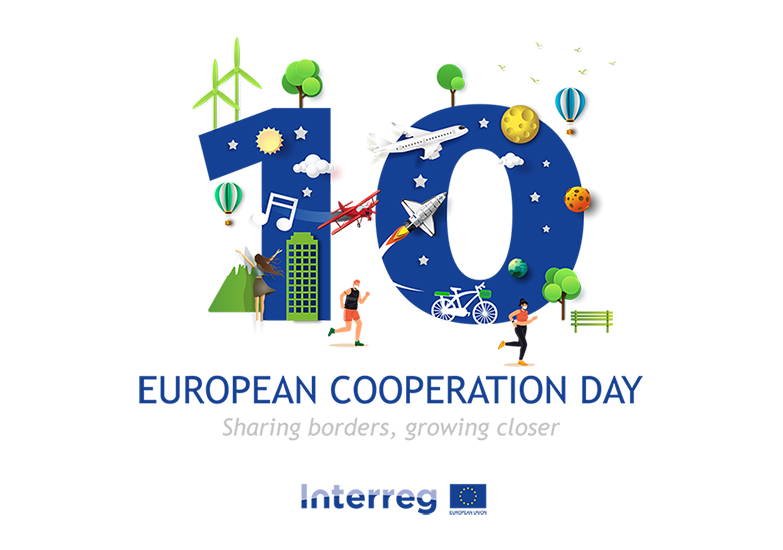 Europe celebrates the European Cooperation Day on 21 September every year to remember that joining forces we can be stronger. Our Countries have different cultures and traditions, but together they can face common problems and challenges and they can do all of this creating “something good”. So, the European Community promotes and supports cooperation projects.